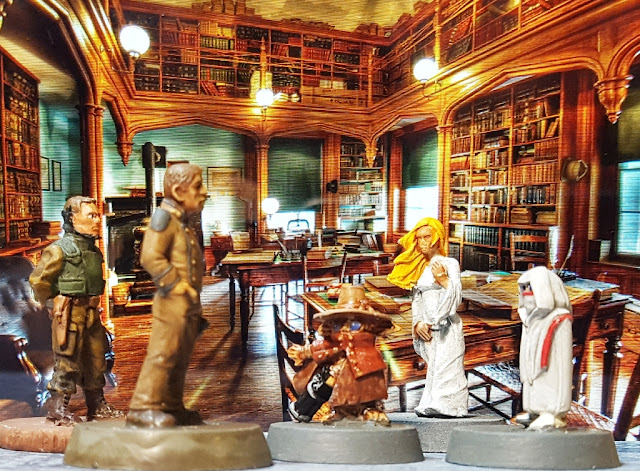 Sherlock Gnomes
“In conclusion Governor, this is why the representative from the Staurakia Navigators’ Guild is present. The truly important part of my investigation is not the Archuleta Brothers, it is that their use of the convergence is proof that it exists. This mythical place where time and distance intersect. It’s real.”

3rd Stage Navigator Miranda Staurakia
“I was researching possible locations for the convergence on Sca (Link: HERE). The library that used to be there called this place by code, so I'll simply refer to it as, "New Texas".   Then I was interrupted by the battle between your troops and the Imperials.
Governor, the ability to teleport almost infinite distance would be priceless.”

Governor-General Andres
“Quite… and if this is possible, AND our enemies find it first, well… it would be catastrophic.
Unfortunately, your predicted location is father out than any Colores ship has ever journeyed.”

Maj Guiscard
“Governor, there is one ship that might make it….”
Labels: Background VALLE DE LOS BRUJOS